I have had a lot of downtime lately, the perfect excuse to drag out the old dvds and watch a favorite show. I really did not want to like Farscape. I hated the theme music, I thought the premise very thin and Muppets, Jim Henson Muppets to feature on an adult science fiction show produced by SciFi. A long shot at best, but despite my misgivings I watched the show and it really grew on me, eventually waiting for each new episode impatiently.

Not only was Ben Browder the star of the show he also was often part of the stunt team. He was a stunt mat for Claudia Black as often as the shows creators could throw her at him. One of my favorite sequences had Ben sprawled on top of Claudia and she sweetly asks him, “Are you comfortable, can I get you a beverage?” Well it’s a dirty job but someone had to do it.

After viewing some of the shows I realized that Farscape characters stood out from other run of the mill space operas, these people had bodily functions, the enjoyed sex, or as Claudia Black’s peacekeeper called it recreating. They also liked to party and often overdid it, like people I know. One particularly disgusting sequence featured large piles of vomit. They are trying to identify which pile belongs to which teammate when Chiana sticks her hand in one pile and tastes it, “This one is D’argo for sure”.  Oops almost lost my lunch but funny!

Here are a few sample screen captures to illustrate my point. 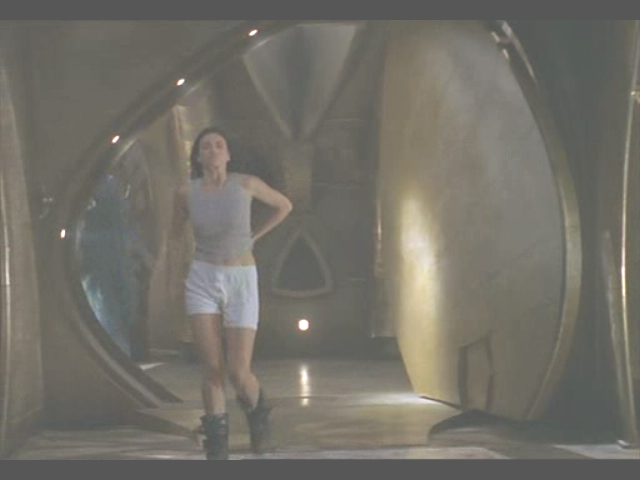 This is Claudia Black striding on to the bridge after the ship has flown into the latest intergalactic space wedgie. Suited up for action in likely storm trooper  attire, gray tank top, white boxers and army boots.

Here she is scratching herself and clearly bored witless. 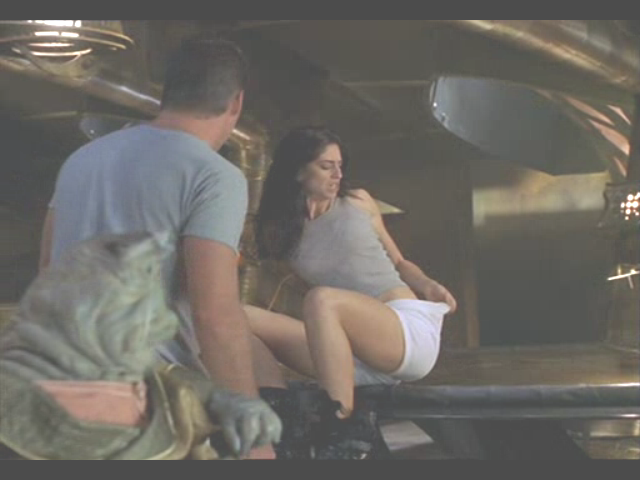 Are those my underwear, clearly not these belong to Calvin.

Pickup any alien women lately, D’argo “I am a full-blooded Luxan, and ladies, I have so much cash in my pocket that I can assure you that the three of us will crawl out of here on our hands and knees come sunrise tomorrow morning…” Does this line work often?

I have had the problem of waking up in embarrassing situations after partying too vigorously but nothing like this!

There were some other favorite moments Dominar Rigel constantly complaining about Zhaan’s big blue butt which she showed us in the first season. John walking in and catching Chiana or pip posting on top of D’argo. They even did the obligatory switched body script with John being in Aeryn Sun’s body and enjoying being a girl.

Well I enjoyed the show and I recommend it for science fiction fans.