Posted on February 24, 2013 by crankyspanker

There are some great Photoshopped spanking pictures and there are some pretty bad ones. One of my favorites posted by Chross was from Married with children with Kelly being slipper-ed by Peg Bundy she was such a bad girl after all. There are quite a few fakes by Mr. Hyde but this one just stuck in my head. 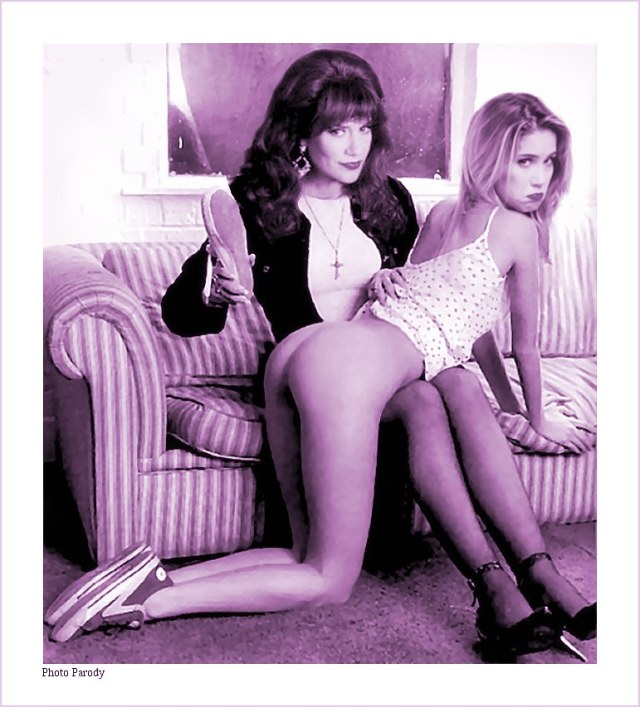 You can find quite a few fakes on probably the best spanking site on the web http://chross.blogt.ch/.

There are other examples of real ads and fake ads, sometimes it is hard to tell the difference. This print ad I do believe is an actual ad campaign. I don’t know what they are selling and I really don’t care.

On the other hand this ad is so well done that I almost buy it.

Or this other classic from Chase and Sanburn.

There are all of these comics of Harvey comics characters being spanked. It is really hard to believe that these were in comic books from my day. I knew there was a reason that I read a lot of comic books right up until I found better thing to spend my money on.

I don’t know if after the fact there was as many spanking of Harvey characters or not but this scene should have been in the Beetlejuice cartoon series.

2 Responses to Real or Fake