Posted on September 11, 2016 by crankyspanker

I have been looking for more Anime to watch. I found the whole Neon Genesis Evangelion really interesting and compelling. Its very poor cousin / homage / rip well you get it “Pacific Rim”, hey the cast was amazing! Then completely disappointed by the “parody” “Atlantic Rim”

So now lets look at the first season of “Ikki Tousen” seriously just about as complete a show dedicated to fan service as any I have seen. Hakufu Sonsaku the main busty heroine school uniform consists of such a short skirt that her underwear almost needs its own name like pretty white panty. There is a whole lot of emphasis on crotch shots and her butt encased in tight skimpy panties that make them a star. here is one shot that is shown between breaks.

She also wears tight gym shorts and performs kicks and other moves in them. In the very first episode our Heroine seems to spend a lot of time complaining about her mothers intense methods of punishment and how frequently she is punished. There are a couple of nice spankings shown in the first season, both earning by being bratty with her mom, “act your age you old fart” is what got her spanked. 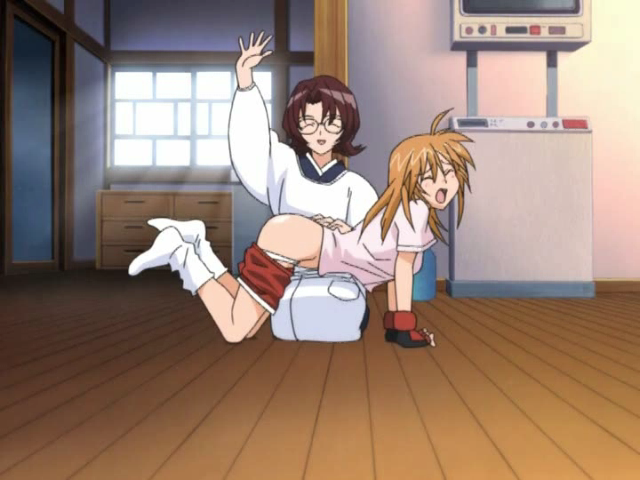 It is a nice little spanking while she yelps and promises to not call her mom that again. There are the gym shorts banded around her thighs. Despite all her protestations seemingly only a few moments later she yells in her mothers face while she is beating a carpet. “Why do I need a babysitter, and then whats that for I haven’t done anything yet!”

Hakufu slaps her own ass to tease Koukin

Second spanking Hakufu once again criticizes mom calling her an old mountain demon. A much shorter scene that ends with Hakufu cooling off with her frenemy and then with Koukin freaking him out with her nudity. 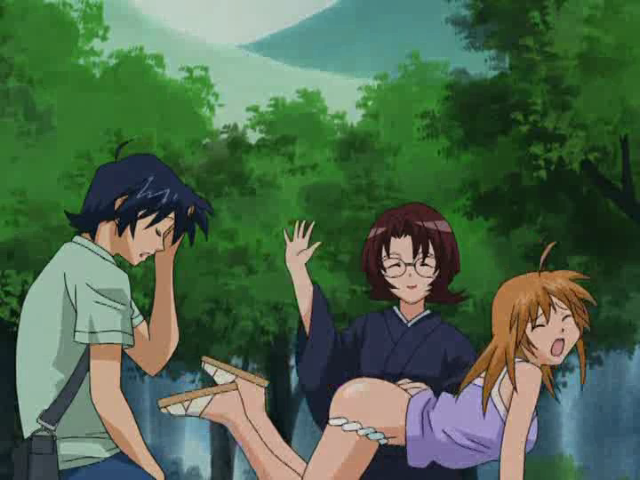 Well thats enough of that. Officially Sunday time to lay down.