Posted on December 31, 2012 by crankyspanker

Well here we are again another year evaporated. I had hopes to end the year with a bang instead of a whimper but its not over till its over. So in honor of one of my favorite and probably least acceptable way to treat a lady I have a short clip from a terrible movie called Dracula 3000. Just by the title alone I should have known what to expect but with enough time to kill I though I would check it out. 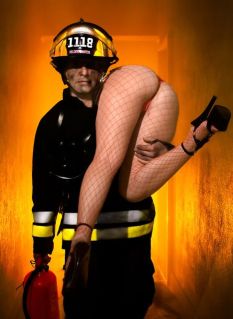 Fireman to the rescue.

Since I have long though this was an awesome picture and places the woman in a very useful position. It seems that I am not alone in this opinion because at the end of Dracula 3000 after the credits Tommy “Tiny” Lister demonstrates.

Lets be frank you have a tiny budget and you want to make a movie about a vampire in space. All the action takes place on a space freighter so all you really need is an abandoned warehouse and a few props and presto chango you have your location for filming, well it was a low budget production, very low budget. These guys didn’t even have a shoestring.

This entry was posted in Being Cranky, Spanking in mainstream movies and tagged Caveman Carry. Bookmark the permalink.