Interesting movie based on a book about the end of humanity caused by nuclear war. The Department of Defense declined to participate in this film because it showed the possible negative outcome of nuclear war. Makes me think of Dr. Strangelove, if you have a doomsday device keeping it a secret is a very bad idea. There are a couple of one smackers here and I have uploaded the following.

I think the above needs little clarification but I did enjoy the sound effect added to the swat.

This scene take place earlier in the movie but I can appreciate a nicely turned out bum. Anthony Perkins claims that his wife is just starting to get her figure back after having a baby, really just starting, looks just fine to me. This movie was released in 1959.

Two years later Mary Tyler Moore was selected to play Dick Van Dyke’s husband in the classic sitcom. Oddly enough MTM was supposed to be attired much like June Cleaver, doing household chores in heels and dresses. I remember an interview with Carl Reiner where he related the networks chagrin about the possibility of showing MTM’s nice bum. They were certain that the TV public would object to a nicely curved behind. I have even seen a blog post devoted to MTM’s ass. 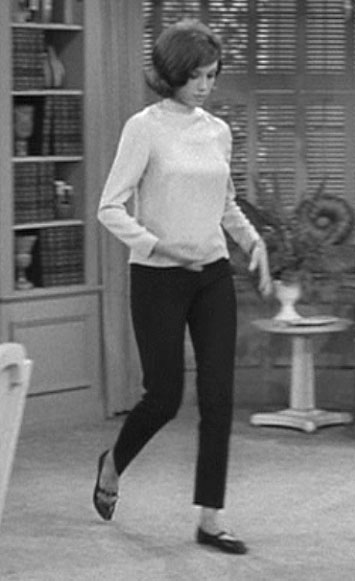 And finally my all time favorite MTM moment from The Dick Van Dyke show, Laura Petrie on a bed of walnuts.

about 7 minutes into the video.

2 Responses to On The Beach